THE DEATH BELL GANG – Out Now!

The new album “Gemma Ray & The Death Bell Gang” is out now on limited edition vinyl (splatter, and recycled coloured eco-mix) and all digital platforms! 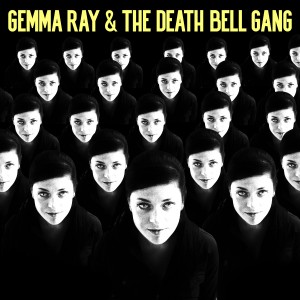 An unexpected detour from her psych-soul and torch-song oeuvre,  “Gemma Ray & The Death Bell Gang” is a hard-edged experiment in cinematic electronica. Epic despite its
underlying simplicity and groove, Gemma Ray & The Death Bell Gang blends the funereal and the nasty with tenderness and yearning, with a dash of automaton-pop and a Dada-esque playfulness for good measure.

Record Store Day 2020 exclusive! “Lights Out Zoltar!”  has been out of print on vinyl for too long, but you can get yourselves a limited edition pink vinyl 10th anniversary pressing with revamped art, plus DL card, at any of the ‘drop dates’ starting this Saturday August 29th, and then on Sep 26th and Oct 24th.
What some wise folks said at the time:
“This album is a rare treat indeed” – John Doran (BBC/QUIETUS)
“Had Phil Spector forced his girl groups in a more noir-soundtrack direction, this might’ve been the result. Ray has a truly impressive feel for vintage pop flourishes, layered to lavish effect. And all those details are what you’re supposed to be paying attention to, right up until the blade hits your back.” SPIN
“Three months after I first got the album I’m still marveling at the way Ray has synthesized a whole slew of retro references into a cinematic psychedelic sound. Ray’s sound is like one of those Willy Wonka Gobstoppers: it’s massive and composed of layer upon layer of aural tastes and colours” – VANITY FAIR 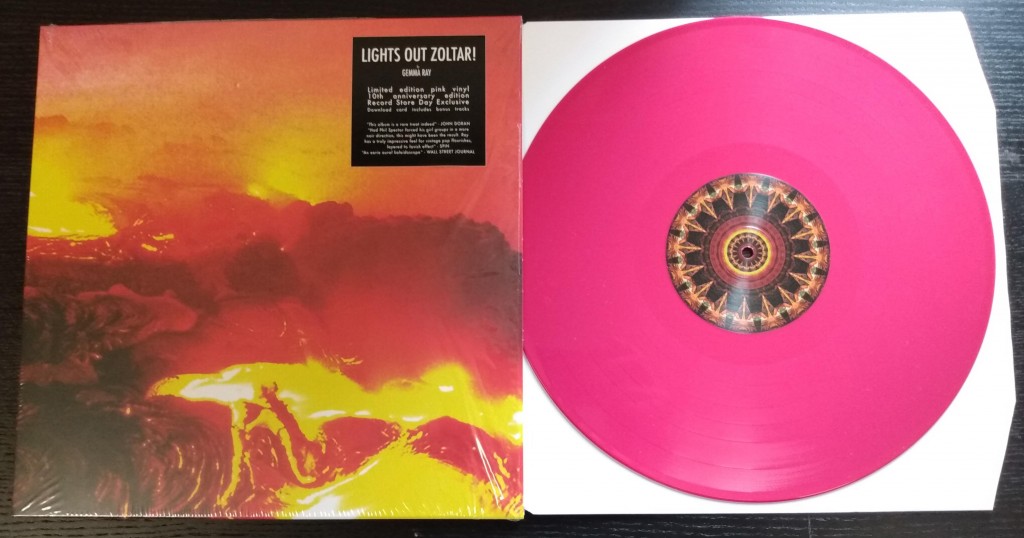 “An eerie aural kaleidoscope that conjures up thoughts of what an album by Mary Weiss of the Shangri-Las produced by David Lynch would have sounded like” – WSJ
https://recordstoreday.co.uk/releases/rsd-drop-august/gemma-ray/
#RecordStoreDay2020
#limitededitionlove
#pinkvinyl

Gemma Ray and band will once more be accompanied by the Deutsches Filmorchester Babelsberg at a live concert in Potsdam Nikolaisaal on Sep 5th. Gemma will be performing 3 songs as part of their anniversary gala which also includes performances by Jesper Munk and Kleimzeit . Tickets for the event are sold out, but the concert is also live-streamed on Facebook, as well as on the public viewing lobby outside the venue Nikolaisaal. More info here.

With the current advisories, inevitable lockdowns and life-altering craziness that is afoot, this intimate home recording by Gemma Ray is now seeing the light of day for the first time, to serve as a gentle reminder of what we should all be doing right now during the Covid-19 outbreak.

All proceeds will be donated to the WHO’s Covid-19 Solidarity Response Fund.

Written and recorded in 2006, it was forgotten until the events of today jolted her memory of it. Though the song itself is obviously not about curbing a pandemic (it’s a melancholic folk-blues portrait of self-isolation), nevertheless –  do the right thing and STAY INSIDE 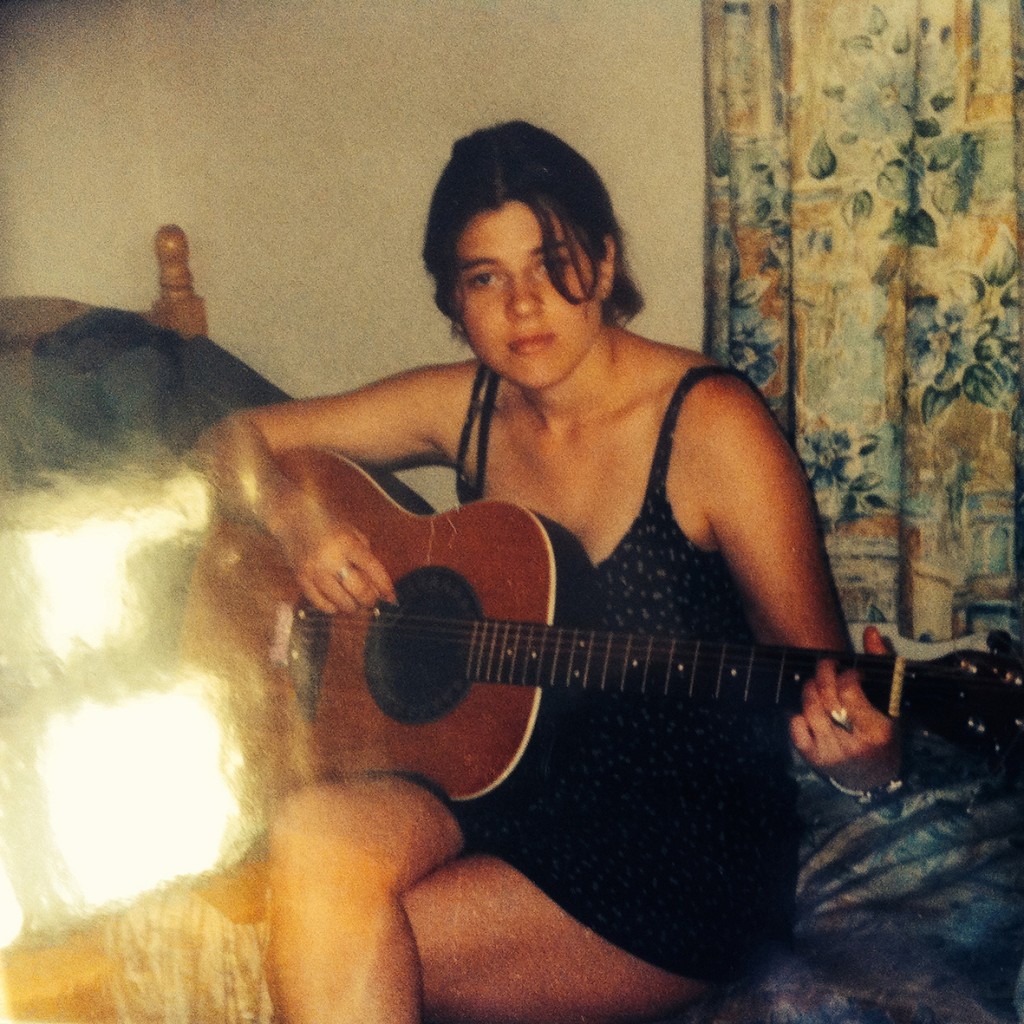 Song recorded by Ray Williams, with the help of Charles Campbell-Jones on keys.

A deluxe edition of Psychogeology with extra bonus (previously unreleased) tracks is out today on all digital platforms. The extra tracks include Killbite (taken from the album sessions), a re-imagining of Death Tapes (called Together We Walk) by Berlin sound pioneer Beate Bartel (Liaisons Dangereuses, Mania D., Matador, Einsturzende Neubauten), plus My World Is Empty Without You.

You can find at your preferred go-to here: https://ffm.to/psychogeology


My World Is Empty Without You

The 1st instalment of a single series called Slo-town is released on 2nd December 2019. My World Is Empty Without You is a stripped-bare reimagining of the 1965 hit by The Supremes, and a tribute to Motown on its 60th anniversary. 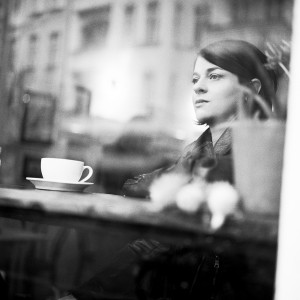 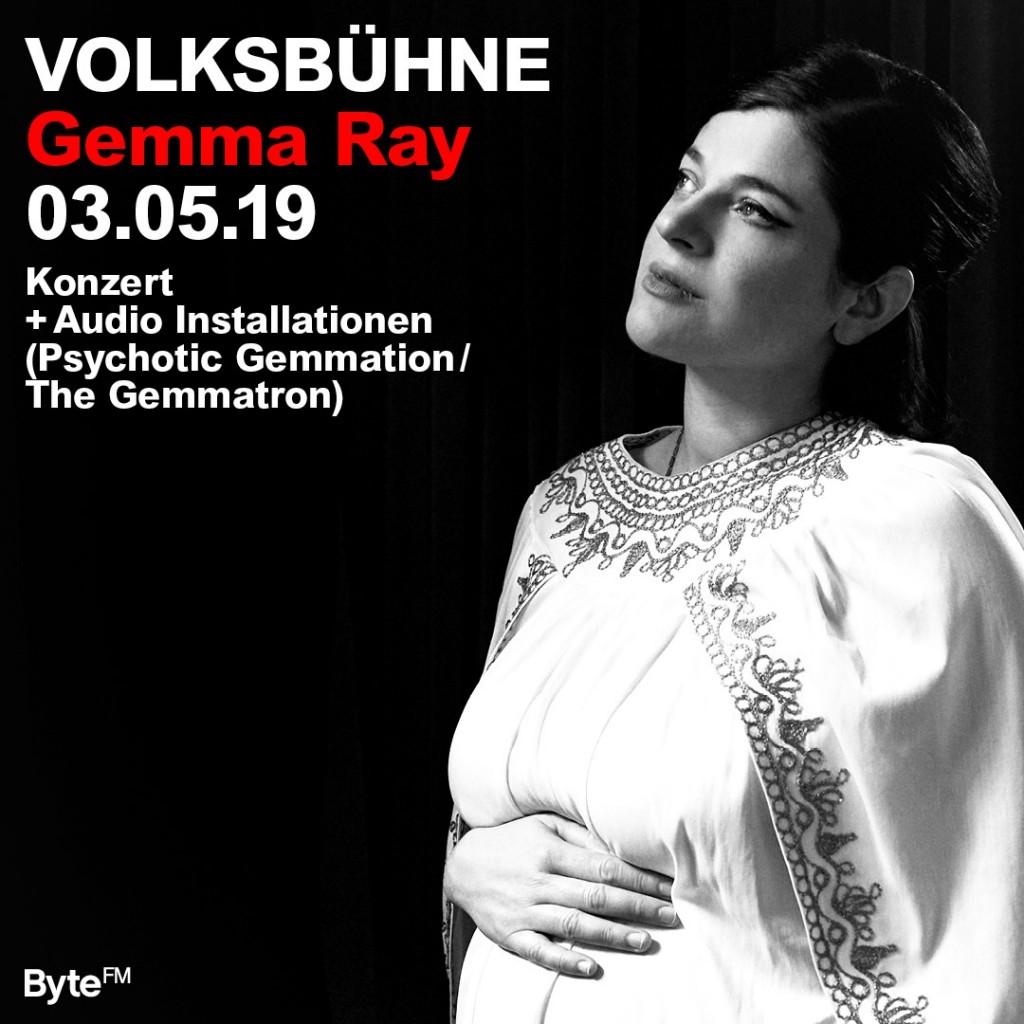 
GEMMA LIVE AT THE BBC

Two live appearances/sessions happening at the BBC in the next week.

Firstly, Gemma will chat with Robert Elms, and give a solo song or two , on his BBC London show, this Thursday April 11th at 1.00pm GMT. Tune in here: https://www.bbc.co.uk/programmes/p001d7kb

And, Gemma and band will be performing a live session on the wonderful Marc Riley’s BBC 6Music show at 7pm GMT on Monday April 15th. More here: https://www.bbc.co.uk/programmes/m000470n 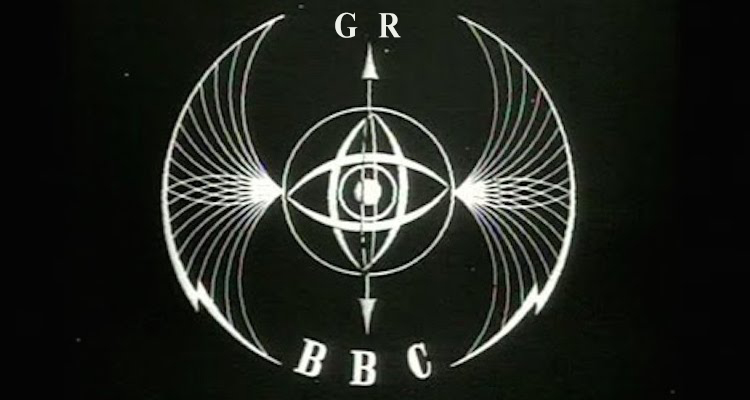 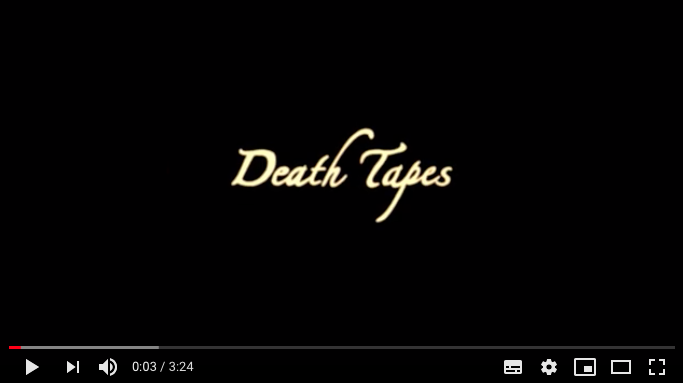 Gemma Ray will headline a special concert at Berlin’s Volksbühne on Friday, May 3rd. She will be performing the new album with her band, with some surprises in store.

Pre-save Gemma Ray’s upcoming album ‘Psychogeology’ on Spotify to be in with a chance of winning one of two exclusive swag bags. The winners will be announced on Feb 15th, the same day ‘Psychogeology’ is released. 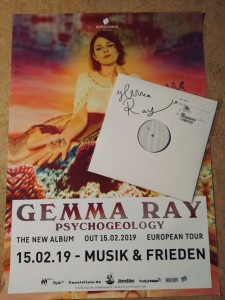 Gemma Ray and band will be playing concerts in the UK, Germany, Switzerland, France and Netherlands in support of the forthcoming album, PSYCHOGEOLOGY.

Head over to the Live page, for more information and tickets.

All the UK dates are a double-bill with the wondrous moon-man of Wowtown, Thomas Truax. 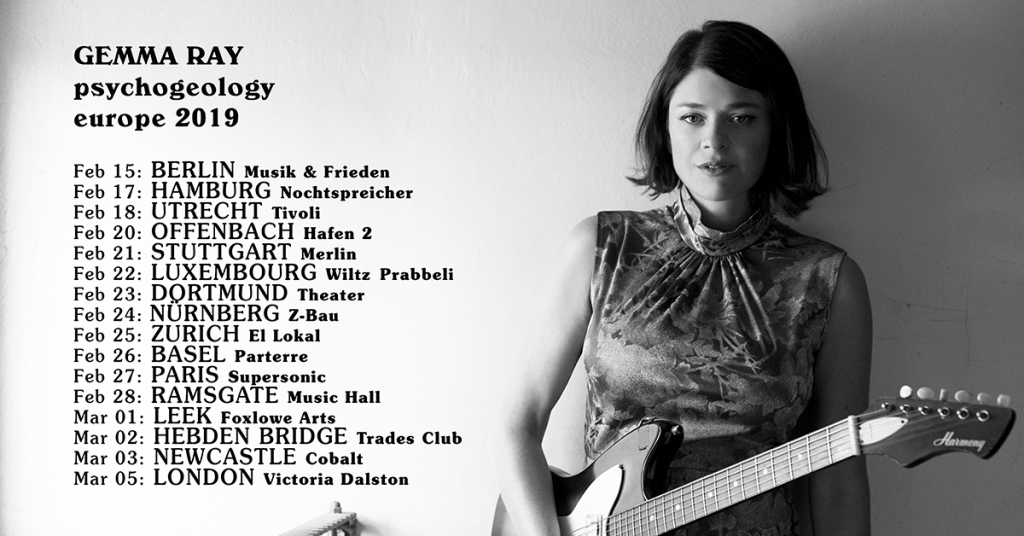 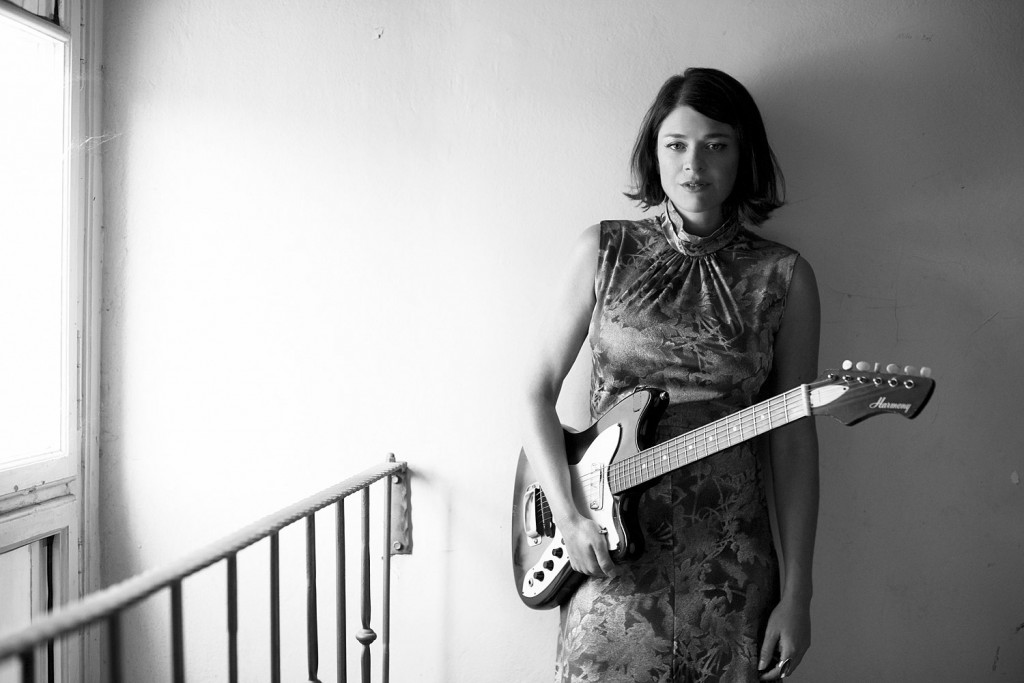 “Psychogeology”, the new album by Gemma Ray, is out on 15th February 2019! You can take a listen to the first teaser track “Blossom Crawls” right away at Spotify and iTunes. More news to follow, so watch this space.

Tickets for the event here: https://www.tipi-am-kanzleramt.de/de/programm/programmuebersicht/radioeins-satireshow.html

Gemma’s debut performance in Poland will be at Opole Songwriters Festival on Sep 30th.

This is a solo show. Also playing on this night is Neil Halstead. 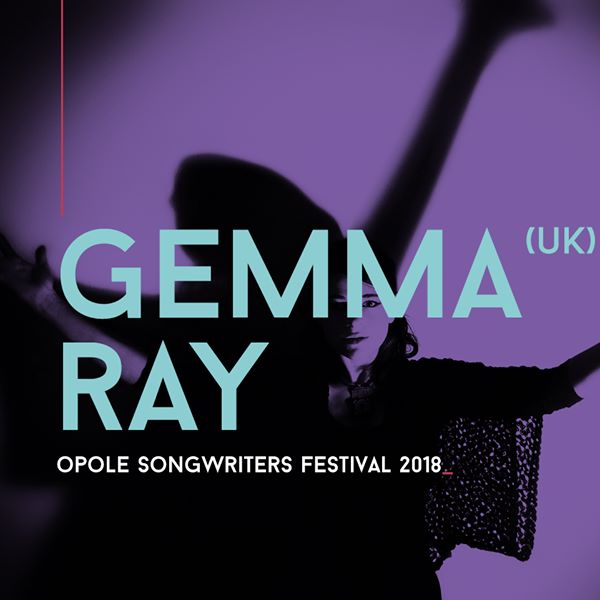 As part of Berlin’s Pop-Kultur 2018, Gemma will collaborate with post-krautrock/neo-psych trio Automat, featuring Jochen Albeit (of Einzturzende Neubauten), Achim Farber and Zeiblom, with a performance at the Palais this Friday August 17th. Gemma, Lydia Lunch and Paul St Hilaire will lend their vocals  for a specially-commisioned  one-off performance from the instrumentalists, based on a concept of modularity. Stagetime is 20:40pm. Tickets and more info here: http://www.pop-kultur.berlin/en/modules/automat/ 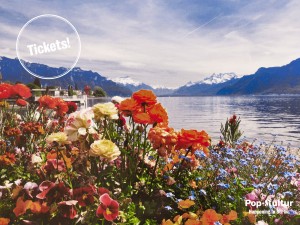 Gemma and drummer Andy Zammit contributed to the Berlin edition of Mix The City, an interactive music-making website and cultural exchange programme. Check it out here! 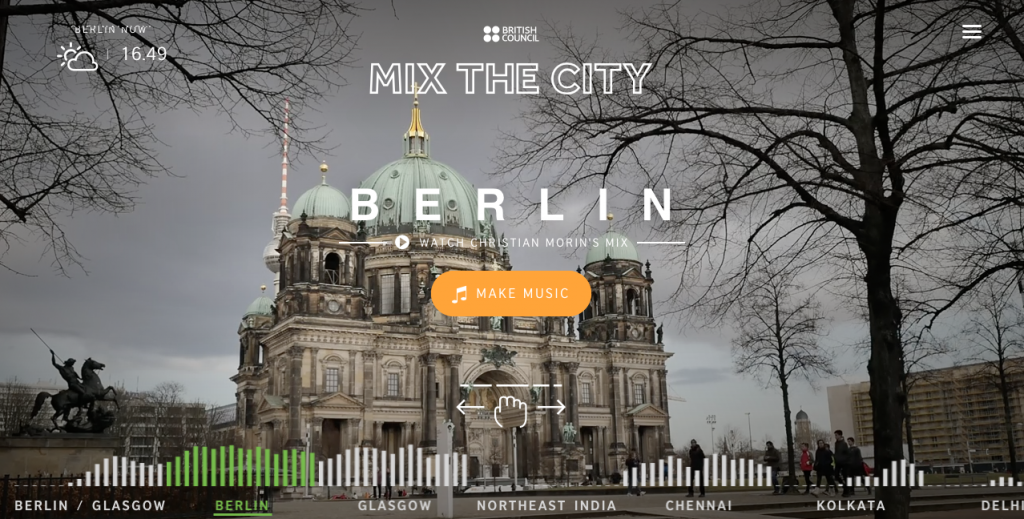 
BUY “THE LEADER” ON VINYL.

Some straggler copies of the limited edition RSD coloured vinyl release of “The Leader” are now available to buy on the webstore of Bronzerat Records, by following this link: http://bronzerat.limitedrun.com/products/618289-gemma-ray-the-leader-ltd-edition-vinyl 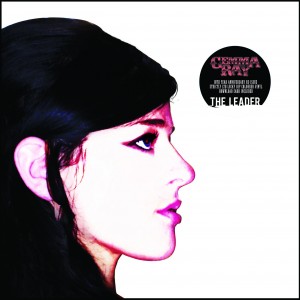